Hello everyone this is Johnny and Maeve and we are super excited to be the caciques of the day! Yesterday we were happy to have a sleep while some of us participated in morning meditation. Johnny was lucky enough to see a finning reef shark during sunrise. During the day the cocoplums were split into two groups to do research with CEI scientists. One group studied plastic pollution in the ocean, focusing on micro plastic and toxin buildup in fish species. In the morning they dissected Mahi Mahi and found a plastic fragment in its stomach. That afternoon they trawled a net that collected micro plastics from the ocean. Our group researched sharks, targeting migration patterns and nurseries for juvenile tiger sharks. In the morning we went out on a boat up a creek and set a long line.  This area is a suspected nursery for tiger sharks. The long line consisted of a series of circle hooks and buoys stretched out around the creek. We helped by baiting the hooks and attaching the buoys. Some of us helped by keeping track of the amount of hooks and buoys we put out. Then we left the line to sit for about an hour and a half and went for a swim (far away from the shark line). 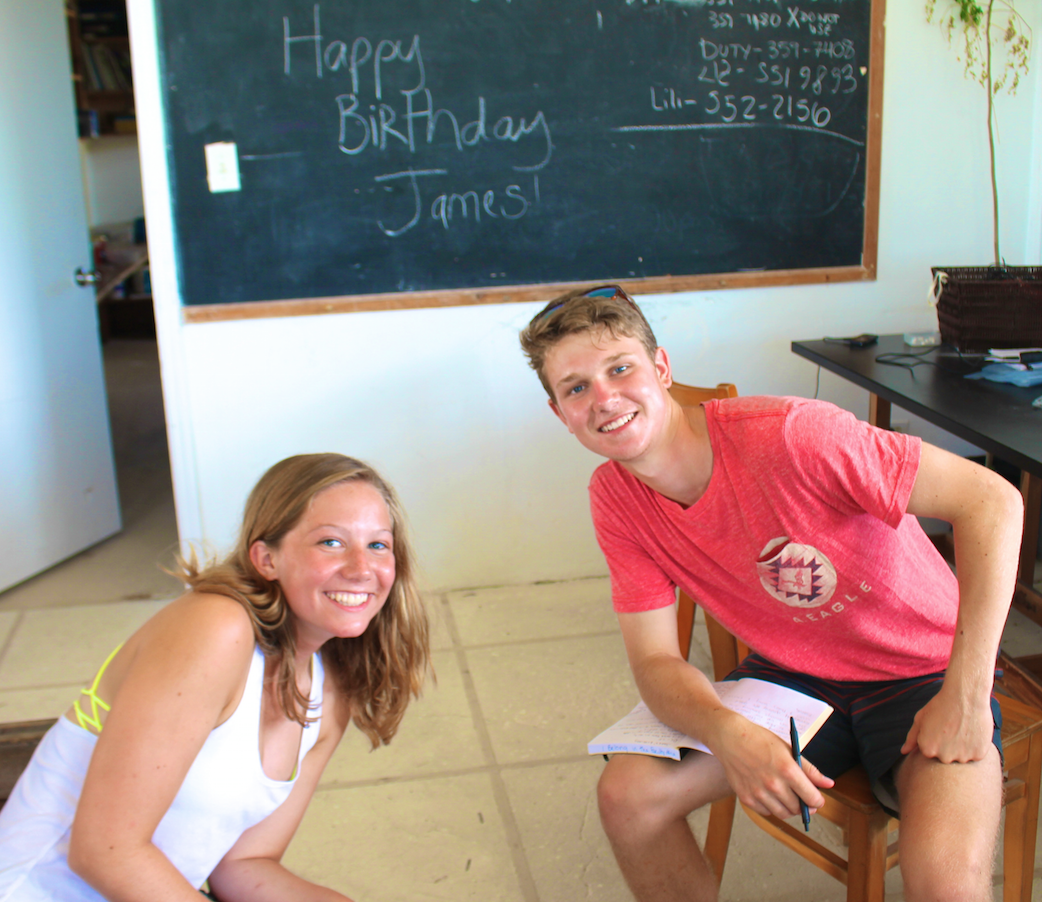 Maeve and Johnny, our caciques!

Sadly, after pulling in the line and putting away all the hooks, we did not catch any sharks. We did catch a huge sea sponge! If we had caught a shark we would have tagged it with a cattle tag and spaghetti tag. If we had caught a juvenile tiger shark shorter than 180cm we would have also attached a satellite tag. This piece of equipment cost 4,000 dollars! This tag would have tracked the shark’s migratory paths, depths of swimming, and diet for six months.  Then it would pop off the shark and transmit information for about 2-3 weeks. Some people may be worried that tagging the sharks would hurt them or cause them pain, but they actually only feel pressure. 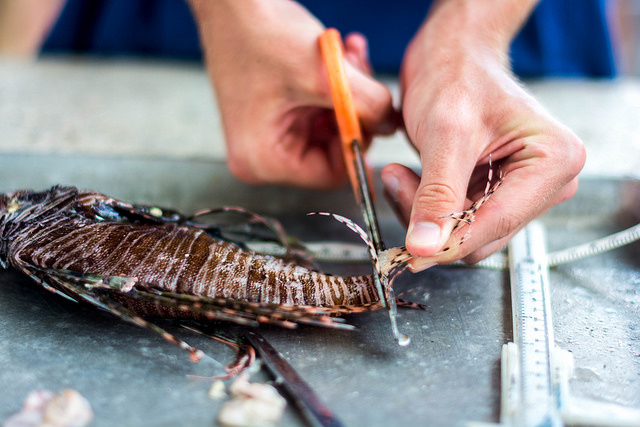 Students worked in research groups this week: one focuses on lionfish, an invasive species in the Bahamas

We wrapped the day up with an epic lip sync battle. Many different teams battled each other with an array of songs. Fritter the cat made an appearance as Simba in Tom’s (a teacher) performance of The Circle of Life. We ended the night with a singing group hug to the song I Will Always Love You by Whitney Houston.  Some have called it “the most island school thing I have ever seen.” 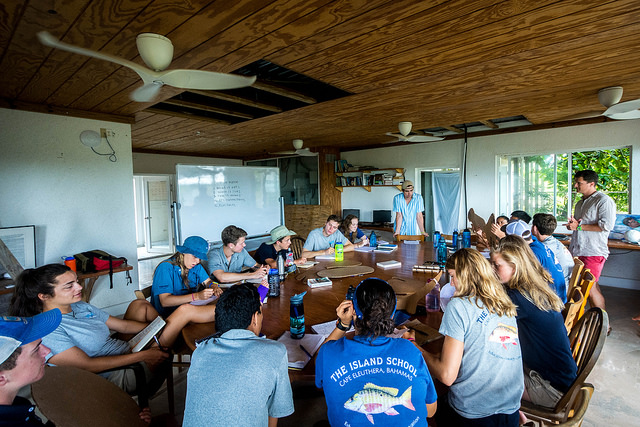 Students engage a Harkness discussion in the Library

This is Maeve and Johnny, your caciques, signing off!