Cape Eleuthera Institute (CEI) partners with One Eleuthera and Out Island Eco Company to provide alternative disposable products to Styrofoam, on the Island of Eleuthera. 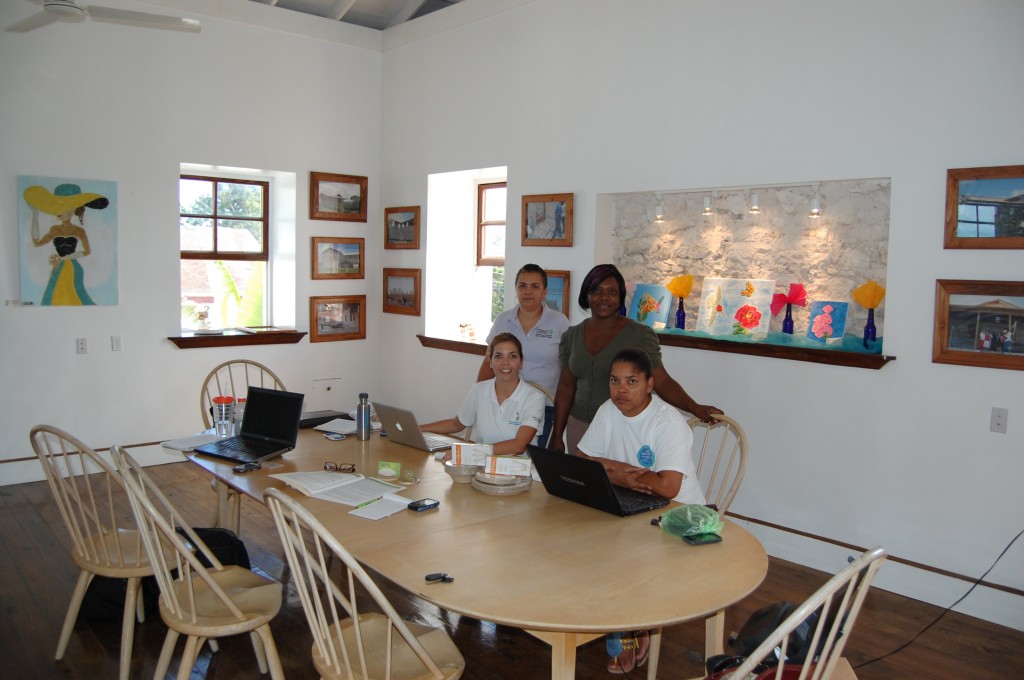 The Island School and CEI’s journey to becoming a zero-waste campus while extending the concepts of this model to our neighbors on the island of Eleuthera has taken patience, but we are now excited to announce we are one step farther.

This particular initiative began in 2010 as CEI outreach collaborated with the Deep Creek Homecoming Association at its annual homecoming festival “Conch Fest” using the tagline “da Creek gone green”. CEI worked diligently with the food vendors to source products that promoted sustainability and were a viable alternative to using Styrofoam. The venture was particularly challenging, as sourcing the right company to provide the products proved difficult. The import duty on Styrofoam-alternative products was 45%, which made using these replacing Styrofoam an unattractive and expensive option for the average resident. Through generous sponsorship CEI provided the products to the vendors, which drastically reduced the cost of going green.

Extensive research and communication with wholesalers of these products led CEI to connect with Out Island Eco Company (OIEC), formerly affiliated with BioShell Bahamas, a non-profit company located on the island of Abaco and led by Ms. Juliette Deal. As this partnership evolves, OIEC has successfully launched an educational and outreach model in Abaco and has worked diligently with the Bahamas Government to reduce import taxes on these ecologically friendlier items.

In 2012, One Eleuthera (OE) joined the cause and partnered with CEI and OIEC on this issue of promoting sustainability on Eleuthera through the use of bio-degradable products. One of the early initiatives focused on educating community groups about the use of the bio-degradable, compostable, and disposable products. Local groups and businesses were extremely receptive to the idea. Following these meetings Burrows, a local food store in Governors Harbour, led the charge becoming the first food store to stock the products, offering them to customers at wholesale and retail rates. Other groups on the island using these products include the Cancer Society of Eleuthera, the Rotary Club of Eleuthera, and Governors Harbour Homecoming.

As we launch phase II of this initiative January 21-25th, we are focused on obtaining three objectives;