On Friday June 5th, Cape Eleuthera Institute (CEI) hosted a ribbon cutting on their newest building, Anderson-Cabot Hall for Graduate Studies.  The grand opening was held during the SEA Change Youth Summit hosted by The Island School in partnership with 5Gyres and Jack Johnson.  Government officials, staff, students, and school supporters gathered to celebrate with an official ribbon cutting ceremony which featured speakers involved in the building’s creation, as well as its future. Chris Maxey, co-founder of The Island School, began the event by celebrating the growth of the organization and introduced Aaron Shultz, Director of Cape Eleuthera Institute. 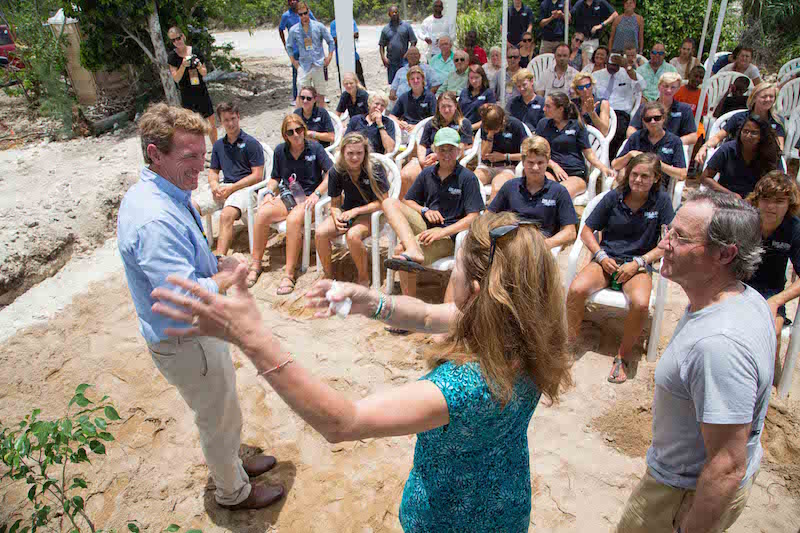 Shultz explained the importance of Anderson-Cabot Hall not only to CEI’s campus, but also to the island of Eleuthera and the greater Bahamas. “CEI is a major hub for research, education, and outreach.  Our dorms serve over 1000 local and international students annually. Hallig House hosts professors, government officials, and short-course leaders.  The missing link has been a place for graduate students and interns to live and work on campus.  The Anderson-Cabot Hall will be the hub for the best and brightest local Bahamian and international graduate students in the Greater Caribbean Region.“

Shultz then introduced Alexio Brown, College of the Bahamas graduate, CEI Research Assistant and former BESS student at The Island School. Brown spoke about the opportunities that this building now opens up for Bahamian students like himself who aspire to pursue a career in the marine sciences. “Anderson-Cabot Halls allows me the opportunity to stay in The Bahamas and make a difference in the future of my country. There aren’t many places that offer this type of opportunity for young Bahamians in science like me.” As Shultz shared in his remarks, “Anderson-Cabot Hall is the first higher education facility built to support local and international graduate students in The Bahamas.”

In attendance was long-time supporter of the Cape Eleuthera Island School, John Dunagan, who dedicated the building to John “Giant” Norris Carey, builder and mentor. Ed Anderson and Linda Cabot, the primary financial contributors and for whom the building is named after, were present to cut the ribbon on the building and spoke to honor its opening. 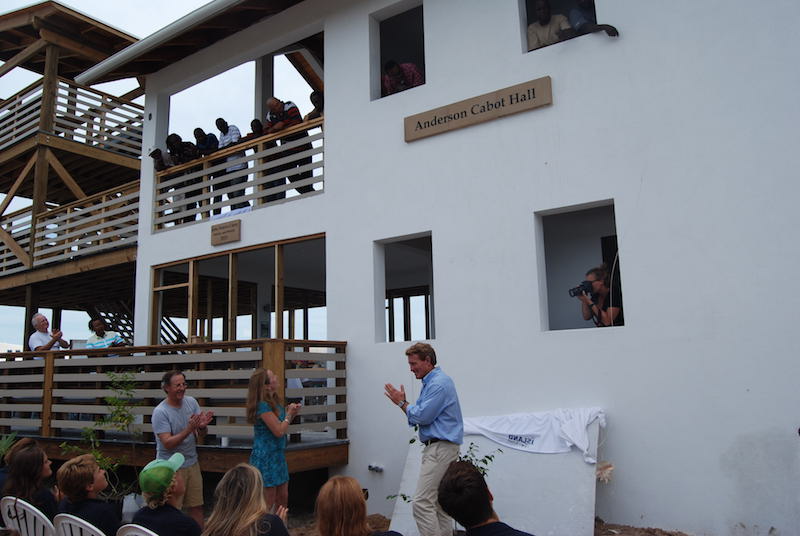 As two-time Island School parents, The Anderson-Cabots told the crowd their motivation for supporting CEI’s newest building project. “Both our daughters Gigi (S’11) and Noelle (S’13) attended The Island School and had transformative experiences, that have been the cornerstones of their education. They returned home from the Cape as empowered young women; aware, excited and skilled to make an impact in their worlds,” shared Cabot. This building as a priority for Ed Anderson and Linda Cabot so that the Cape Eleuthera Institute could expand to reach more graduate students and eventually become, as Ed Anderson said, “the Wood’s Hole of the Caribbean.” 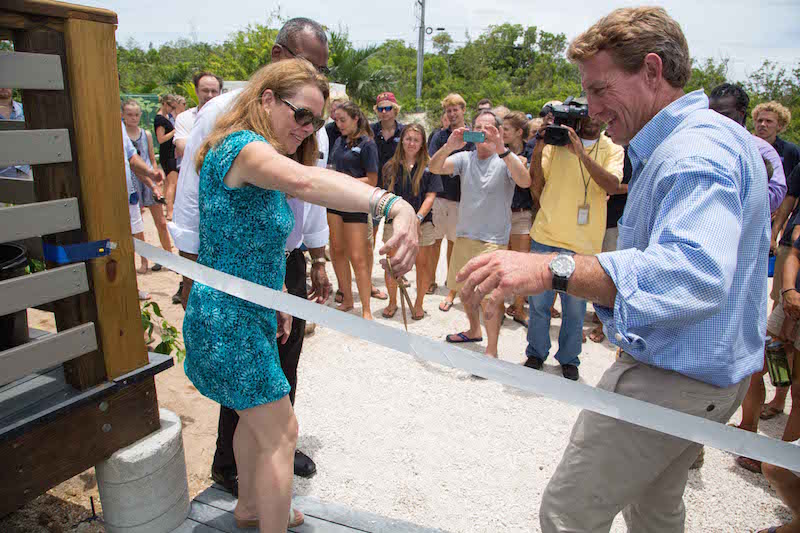 The opening concluded with remarks from Minister of Education, the Honorable Jermone Fizgerald and a luncheon honoring special guests, as well as the Carey Construction crew who built the Hall.