The Island School recently had a chance to catch up with Anna Carrol from the Spring 2009 semester. She has moved out west to join a Military Veterans rehabilitation program called Heroes and Horses, as their Administrative Director. We wanted to know the story of how she got there, so we asked! Like most alumni who return from The Island School, Anna spent her “senior year of high school missing the Island School, applying to colleges, and dreaming of run swims.”  Anna was accepted into Middlebury which has a strong community of Island School alumni and began to create a “family away from family” during her years there while studying as an English and Creative Writing major along with the pre-reqs for veterinary school. While attending Middlebury, Anna took a semester off to work in Morocco at a free, large animal veterinary clinic called the American Fondouk. The American Fondouk provides free care to thousands of animals each year in Morocco, and as Anna had spent a large amount of time working with and writing about horses at Middlebury, the work there resonated with her. Once Anna was home again, she was inspired to move out west to follow through on her dreams. Upon graduation she said goodbye to her friends and family and moved out west to Bozeman, Montana to work at Heroes and Horses “living in paradise at Good Dog Farm, with my wolf dog Shota, two horses, and three best buds.”

Many teenagers go through a period of their lives when they feel as if they are at a crossroads. For Anna, that crossroads occurred during her time at The Island School when she “was on the cusp of trying to live my dreams, but was definitely scared out of my mind and letting that hesitance hold me back.” The Island School and the Spring 2009 semester made her “a brave person at a time when I really needed bravery.” At one point during the semester, Chris Maxey talked “about returning from Eleuthera and becoming ‘Island School Heroes.’ Whether it was in our personal or professional lives, he was always inspiring us to change the world for the better and to never give up the fight.” Better still, it was not just Chris Maxey supporting Anna to follow her dreams, but the entire community of the school which “made it feel like anything was possible, each day.” If you believe it, it becomes true.

Anna has always had a love for horses, so it was no surprise that when she interviewed Micah Fink, the Executive Director of Heroes and Horses, for a feature article that she was working on as a writer, the two of them would begin a lasting friendship. They quickly discovered that each one shared “a lot of core values about how horses and wilderness heal the body and the mind.” So when Micah asked Anna to join the team, it was a natural fit. For Anna, this was a dream come true as she “couldn’t believe that a job like that would be possible.” When asked about a typical day in the office at Heroes and Horses, Anna’s easy answer was, “basically…there is no typical day, which I love!” Heroes and Horses is a small organization so everyone multi-tasks constantly between work in the office and work outside with the horses and veterans. Just like at The Island School, unexpected events can and do happen all the time. Anna could be “writing an email to a volunteer group but then I get a call that Julia the mule busted out of the pasture fence. The computer closes, and we grab our boots to go take care of the herd.” The work and the program as a whole is heavily experiential as exhibited by what happens when you call the office on a Friday:

“You will get a voicemail reminding you that we are at the ranch because that’s the day we ride and train. We also have off-season and trip season. May-September, I will be running 10-day long pack trips with the veteran participants every two weeks. The horses and I will go a lot of miles in the mountains. In the off-season, we are fundraising, developing programs, and strategizing about how to serve better.” 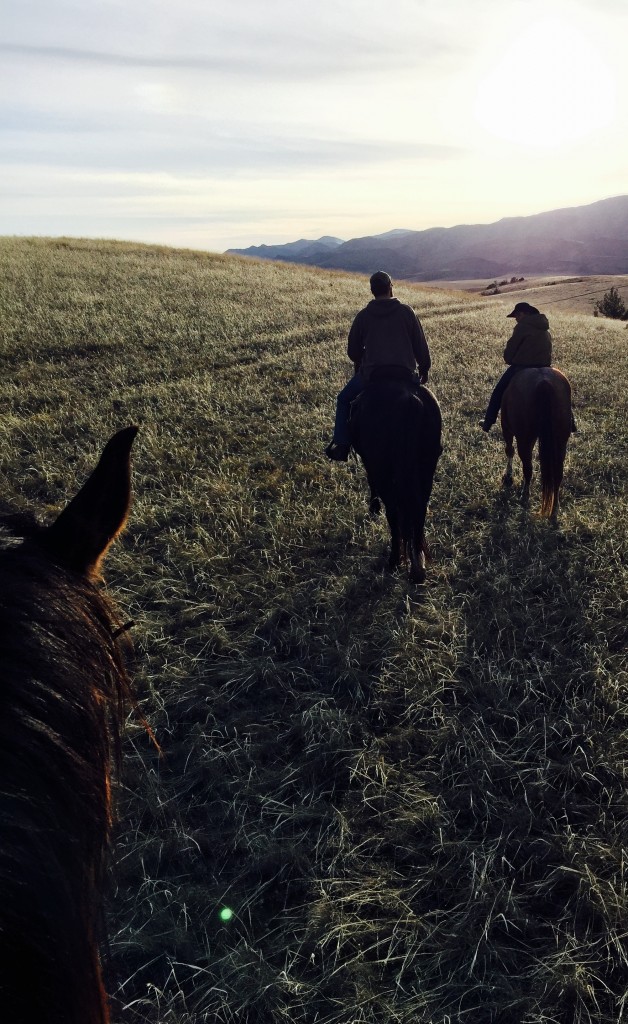 For Anna, being hired at Heroes and Horses was a major moment. In her words, “the trajectory of my outlook on life completely changed.” Suddenly, Anna had transitioned from the life of a college student to a job where “I got to help people, ride in the mountains, and share with others in need the power of horses to heal and challenge the human spirit–all things I had dreamed of spending my days doing, but never dared to hope that it might become reality.” Similar to at The Island School where everyone is on the island because they want to be here and love what they do, Anna loves “that I work with people who love what they do every day. It fires me up.” Anna now spends her days in a situation she believes is “the best of both worlds” where she is working and communicating with the people who love what they do and the other is working and communicating with the animals that she has spent her entire life loving.

If Anna’s work is inspiring to you, or if you have further questions for her, Anna can be reached at: anna@heroesandhorses.com

To wrap up The Island School’s conversation with Anna, she had a shout out to the entire Spring 2009 semester:

“Spring 09, I hope you still take the time to play “She’s Royal” whenever you just feel like cranking the tunes. I also hope everybody still rocks their Island School SWEATER. I know I do. Love to all, and nothing but the best wishes for everybody. Thanks for being such a life changing crew. “