My first full day as an Island School student was a whirlwind, and to begin it all was the introduction to my bike. Touted as the “key to your Island School freedom” I was anxious to begin my 100-day journey with the blue bike. However, I quickly learned that as a kid who never took his training wheels off, it was going to be a challenge. 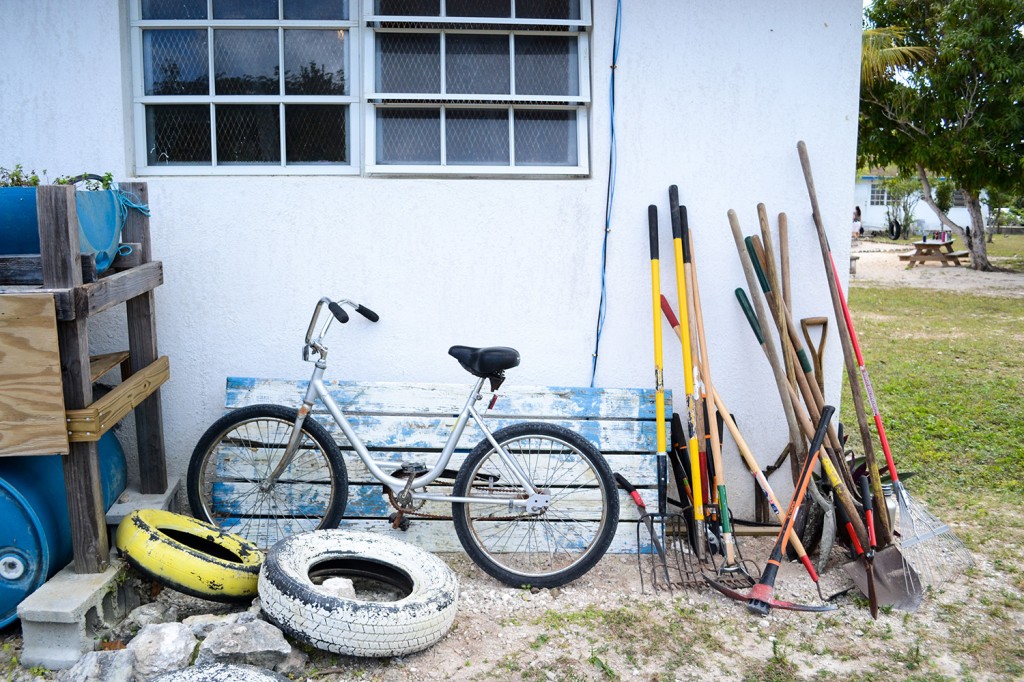 This challenge was no different than the ones we face everyday; riding a bike is just as mental as it is physical. The same way running a half marathon, or beating your personal best in a run-swim will push you to your limits, biking has pushed me to mine. It started with a couple of bumps and bruises, and admittedly a bit fear. My very first day on a bike consisted of pedaling for a grand total of 2 seconds before eating the gravel and dirt. I spent most of SCUBA week sitting in the bus while everyone else rode their bikes, but that’s where Jason gave me the idea to ride a trike!

With my huge training wheels in hand, I began riding the massive trike around campus and the inner loop. I realized that the comparison between our wheeled vehicles and freedom was not hyperbole, as I have been able to discover numerous parts of Cape Eleuthera which were previously mysteries. There have been difficulties with riding a trike, as it’s significantly bigger and slower, making some areas difficult to reach. In addition, they’re valuable for many different tasks on campus, making them difficult to find. Like any of the challenges we have faced at the Island School, we find ourselves in uncomfortable situations and are forced to make a change or continue to struggle.

In that faith I returned to my noble steed, with the intention of conquering the many nuances that come with two-wheeled cycling. I began pedaling on the Queen’s highway, and couldn’t make it any further than I previously had. It was in this moment that I was approached by Cooper. Andrew and Charlie. They were heading out on exploration, and they stopped and stayed with we for the majority of the next hour. We tried many different methods, and they stayed patient through my irritation and frustration. After a few more bumps and bruises, and the invaluable help of my friends, I was able to pedal three times in a row!

Despite the difficulties associated with my road to becoming a biker, I know challenges are aplenty at the Island School. We have all been physically and mentally pushed in a variety of different situations, beginning from our first night in Eleuthera. However, a constant among these challenges and difficulties has been the camaraderie and support fostered among our students and faculty. Throughout my difficulties with biking, I’ve received support from friends and teachers, all of whom seem genuinely invested in my successful transition from a trike to a bike. I will learn how to ride a bike, but I will never forget that you can go just as far on a trike, as you can on a bike.