Nicole McCallum (back row, second from the right) is from the Fall 2012 semester at The Island School and she has recently returned from a service trip to Tamale, Ghana. Nicole worked with a group called Saha Global whose mission is to provide developing countries with access to clean water and electricity. Saha scouts the locations prior to the arrival of volunteers like Nicole. In her case, her group “traveled around 45 minutes to the border of Tamale to a little village called Naha. When we first arrived we set up a meeting with the chief and some of the elders in the community.” This is done because “Saha values working closely with each village in order to make the business as successful as possible. During the customary chief meeting we explained that we were there to create a business to provide them with fresh water, we described that the “dugouts” that they were taking their water from were unsafe to drink due to the massive amounts of E.coli and how we would set up the business. We made it abundantly clear that we wanted to work with them and that they would be part of the process.” From here, Nicole and her group built the water infrastructure from the ground up and visited all 44 households that it would serve in order to inform the residents on how to keep their water safe and to deliver to them Safe Storage Containers (SSC). This served the dual purpose of also forming beneficial relationships between Saha Global and the residents of Naha. The result was that “Every single household we visited was so happy with how everything turned out, was ecstatic for the sustainability of the business and could tell that it was going to make a positive impact on their family’s lives. I initially wanted to start this business solely because I was able to provide people with fresh water but through this process it became so much more. Saha Global is so successful because of its incorporation and appreciation of the Ghanaian culture and people with a special highlight on the monitoring process after the field reps leave to assure success.”

Nicole compared her time in Ghana to The Island School by saying that both were life changing experiences. She also found similarities in the people who she described as “inspiringly positive about life”. For Nicole, the best part of the trip was the people. She “learned so much about the Ghanaian culture through talking to my translator, Nestor, and the other translators we got close to along the trip. They showed us their homes, their families, where they like to have fun and really shared their lives with us. We ate all the best with them and experienced local food such as baku, T-Z, eggs and bread, Guinea fowl eggs and lots of rice and chicken”.

The entire reason why Nicole is involving herself in projects like Saha Global is because of her interest in sustainable development. Her time at The Island School inspired this in her and “it is because of The Island School that I am so passionate about what I study” which is a double major in Environmental Engineering and Sustainable Development. Nicole fell in love with her program because “it allowed me to peruse a major that wasn’t just cut and dry. One that allowed me to work hands on, take classes other than just engineering and especially that would encourage me to study abroad. The Island School was a lot like my program because it wasn’t the classic school education, it has flare and allows a student to really delve into what one would be doing in the work place and to look more holistically”.

Nicole has several goals for her project: that it will be successful, “for it to provide the village of Naha with fresh drinking water and for it to stay sustainable and successful for many many years to come”. She has faith in the women that her group trained and in the village as a whole that by the time she makes it back in the future, everything will be “running like a well-oiled machine”. 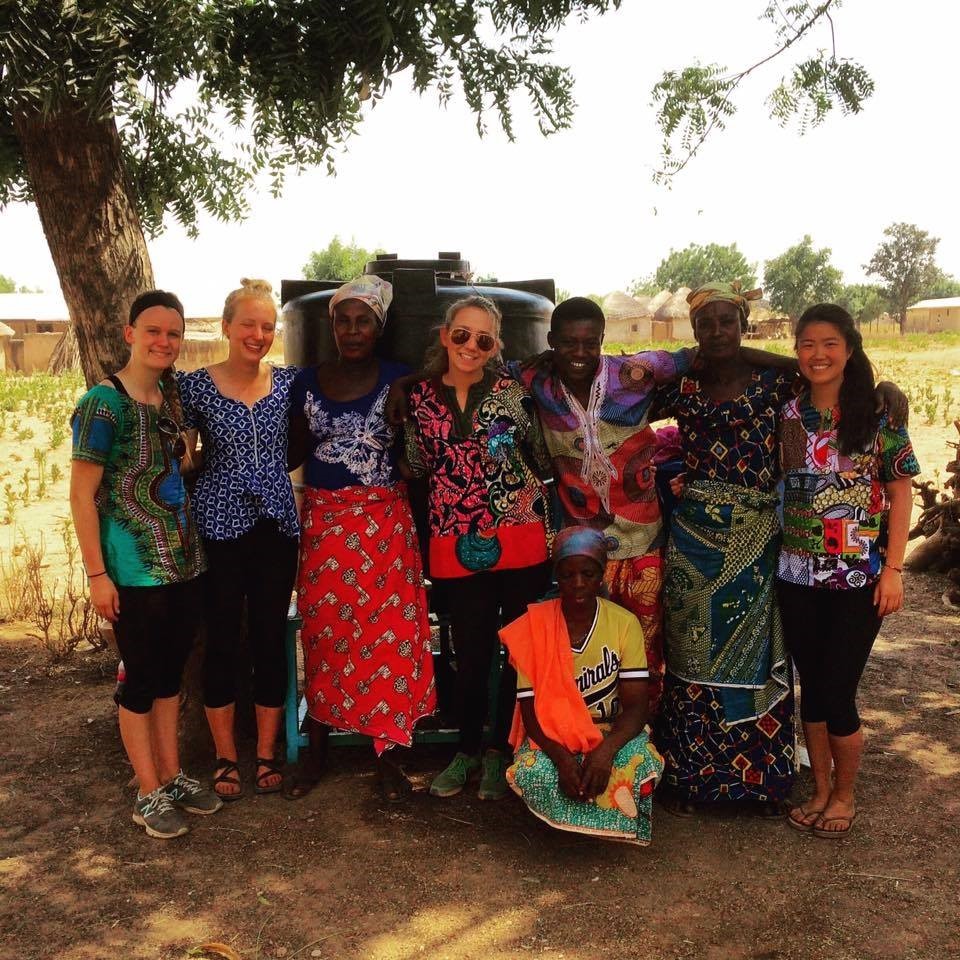 Nicole with villagers from Naha and other volunteers

Lastly, Nicole wants to give a shout out to: “Kelly McCarthy because I miss her and haven’t seen her in so long.”