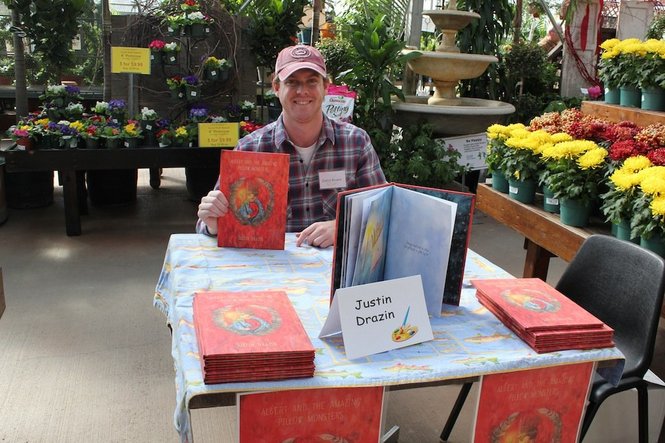 On why he wanted to begin writing children’s books, Justin said that, “many nights growing up, I would lay awake in my bed, scared of the prospect of a dark room and the unknowns that came with an irrational, yet very real fear. The sounds and shadows that appeared when the lights went out were enough to completely eliminate the usual comforts of home. One night, I was introduced to a story that talked about imagination and the endless possibilities that occur in dreams. Since then, I have been passionate about creative writing and helping children work through their own fear of the dark. “Albert and the Amazing Pillow Monsters” is my way of passing on the idea that ‘Imagination is the brightest nightlight’ and that bedtime should not be a time of fear, but rather a time of fun.”

His first children’s book can be found in eBook at both Amazon and Barnes and Noble. Congratulations, Justin! We look forward to your future publications!